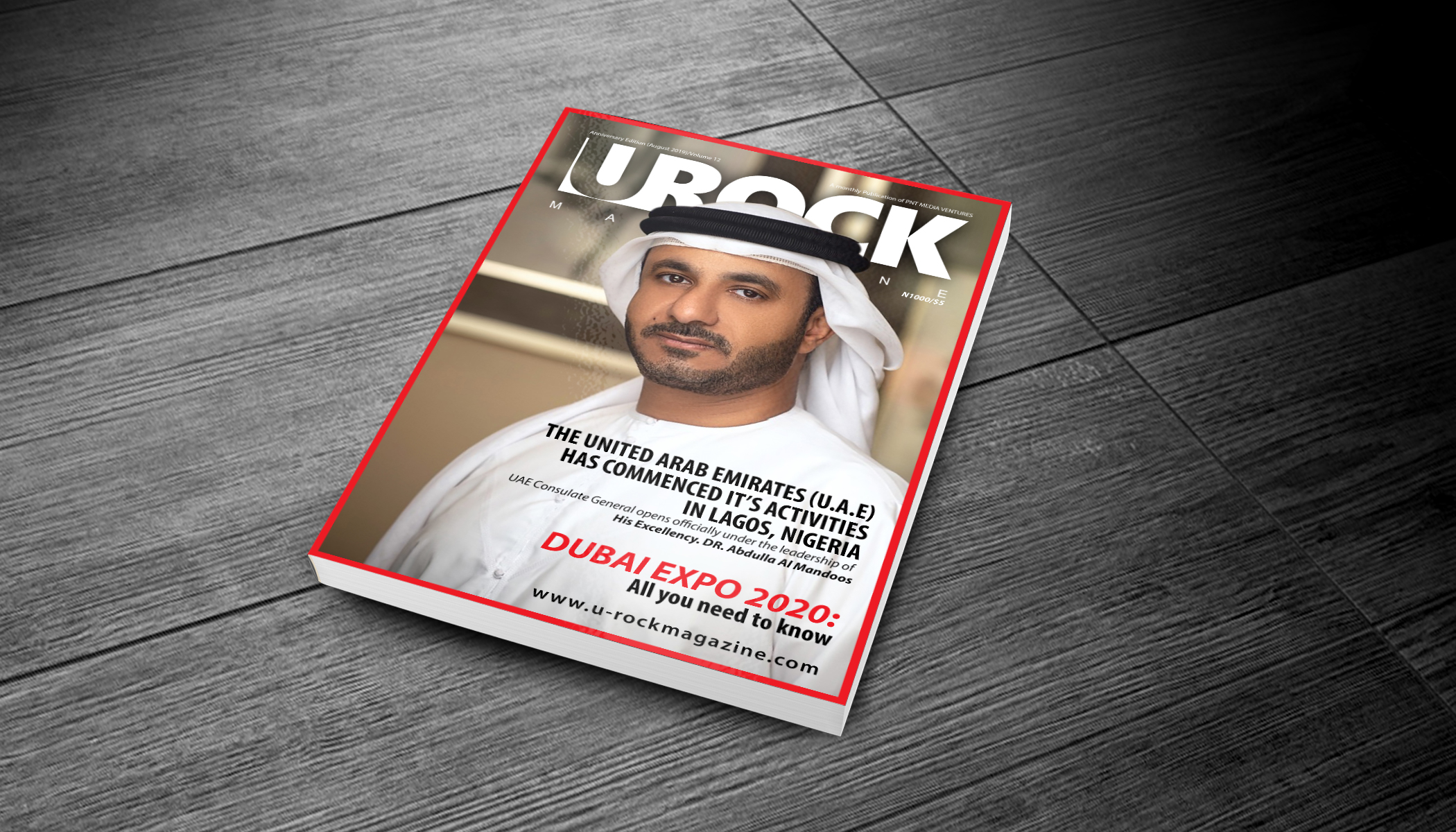 THE UNITED ARAB EMIRATES (U.A.E) STRENGTHENS RELATIONSHIP WITH NIGERIA
The United Arab Emirates (U.A.E) has commenced its’ activities in Lagos, Nigeria by officially opening the UAE Consulate General under the leadership of His Excellency. DR. Abdulla Al Mandoos, on Thursday, June 13, 2019.
Dr.Abdullah holds a PhD in Management and Innovation from the Kuala Lumpur State University of Management in Malaysia, a Master in Total Quality Management and an Institutional Performance Management from Bradford University in the UK, a Bachelor of Public Administration from Ajman University of Technology and a Higher Diploma in Strategic Management from the State Vocational and Vocational Training College In London, in addition to the Higher Diploma and Diploma of Achievement in Applied Business Management from the Higher Colleges of Technology in Sharjah, in addition to the fact that he holds the black belt in six Sigma ) Add several practical certificates and specialized courses in the field of management and project implementation.
DR. Abdulla Al Mandoos started his journey in The Foreign affairs Ministry on 24th, April 2010 as a Diplomatic Officer in Economic Management and International Cooperation. Later on, he joined the  Department of Finance to further develop the sector in addition to participating in a four months program diplomatic work in Washington – America. Following his great achievements, His Excellency was appointed as Vice-Ambassador of The UAE in the Federal Republic of Germany between September 2016 and March 2019 and as Vice-Ambassador in the Republic of Singapore between July 2011 and August 2016.  During both missions, His Excellency was awarded by the Foreign Affair Ministry with the best diplomatic Mission-Minister of Foreign Affairs and International Cooperation for excellence class of Mission along with the certificates of appreciation. In addition to Silver Medal of Armed Forces.
Prior to his diplomatic career, Dr. Abdullah Al Mandoos worked as Regional Department Head in Abu Dhabi Islamic Bank (ADIB) (VIP Banking), Headquarter of North Emirates from November 25, 2004, to July 2007.  Furthermore, His Excellency was appointed as Overall Project Manager to help intiate the early establishment of Ajman Bank under the leadership of His Highness Sheikh Ammar Bin Humaid Al Nuaimi. Later on, he was promoted as the General Head of Sales Division in the same Bank from September 2008 till April 2010.
He has embarked on his current mission to strengthen and further grow the relationship between The United Arab Emirates and the Federal Republic of Nigeria.
The Consul has very strong beliefs on the benefits of this newly found relationship and was quite vocal about them when approached.
The office hopes to
• Better economic growth
• Strengthen international relations
• Provide infrastructural investment
Address: SEATTLE RESIDENCE AND SPA NO. 12a WALTER CARRINGTON CRESCENT,   VICTORIA ISLAND
Tel: +234 1 4540058
Twitter: UAEinLagos
Email: Lagoscon@mofaic.gov.ae

STAR INTERVIEW OF THE WEEK WITH CHEF DAVID OBADIMEJI

YOUR MIND NEEDS TO BE STRONGER THAN YOUR FEELINGS