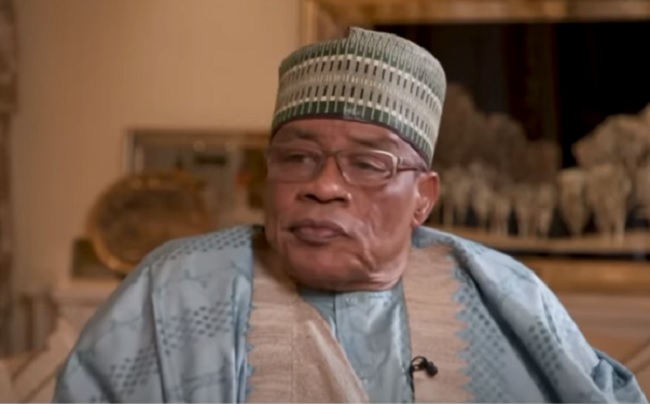 Former Nigerian Military Head of State, General Ibrahim Badamasi Babangida (IBB) has said that Nigerians will not allow the country to become a one-party state.

He said this while speaking on an Arise TV interview aired on Thursday.

IBB was responding to questions on the state of politics in Nigeria that seems to be moving towards a one-party state under the current administration.
https://tribuneonlineng.com/nigerians-will-not-allow-nigeria-become-a-one-party-state

The former head of state said, “No, Nigerians will not allow that to happen. They will make so much noise that whoever will attempt to do that will not do it. This is the good thing about this country. They will talk, they will demonstrate, they will engage you in all sorts of things so as not to do the wrong thing.”

IBB said that he believes that a two-party system is what works best for Nigeria’s democracy, having bequeathed two parties the Social Democratic Party (SDP) and the National Republican Convention (NRC) in the run-up to the June 12, 1993, general election.

“We used the experiences we had. we set up a committee to tell us why things went wrong, democratically the political parties were not coming out fine. And it was very revealing. If you look at the first republic, we found that up to the second republic everybody in this country tended to gravitate towards a two-party system. There were a lot of other parties but we all gravitated towards a two-party. So we had no difficulty in insisting that two-party is the best system for us in the country.

“And it happens even now. We had about seventy-something. But nobody is talking about them now. It’s APC, PDP.”

Babangida advised Nigerians to go for a leader that has what it takes to transform the country when the time comes.
https://tribuneonlineng.com/nigerians-will-not-allow-nigeria-become-a-one-party-state.

FUN IS MISSING IN FAMILIES

THE MONEY SHOW WITH TADE CASH