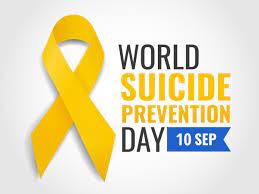 World Suicide Prevention Day (WSPD), celebrated annually on 10 September, is organized by the International Association for Suicide Prevention (IASP) and endorsed by the World Health Organization (WHO). The event represents a global commitment to focus attention on suicide prevention.

The theme of WSPD 2021, “Creating hope through action,” reflects the need for collective, action to address this urgent public health issue. All of us- family members, friends, co-workers, community members, educators, religious leaders, healthcare professionals, political officials and governments- can take action to prevent suicide in the Region.

The overall goal of this day is to raise awareness about suicide prevention worldwide. Objectives include promoting stakeholder collaboration and self-empowerment to address self-harm and suicide through preventative action. These can be achieved through capacity building of healthcare providers and other relevant actors, positive and informative messaging aimed at the general population and at-risk groups such as young people, and facilitating open discussion on mental health at home, at school, in the workplace, etc. Those contemplating or affected by suicide are also encouraged to share their stories and seek professional help.

One in every 100 deaths worldwide is the result of suicide. It can affect every one of us. Each and every suicide is devastating and has a profound impact on those around them. However, by raising awareness, reducing the stigma around suicide and encouraging well-informed action, we can reduce instances of suicide around the world. World Suicide Prevention Day is an opportunity to raise awareness of suicide and to promote action through proven means that will reduce the number of suicides and suicide attempts globally.